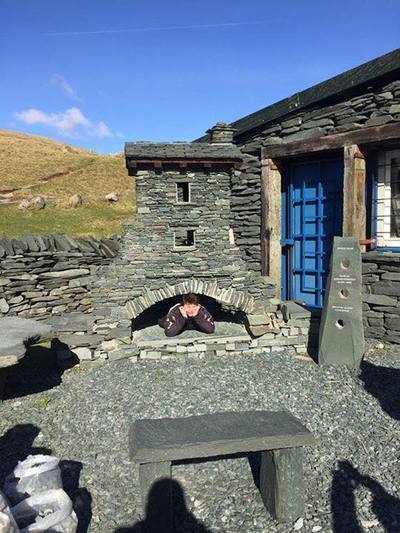 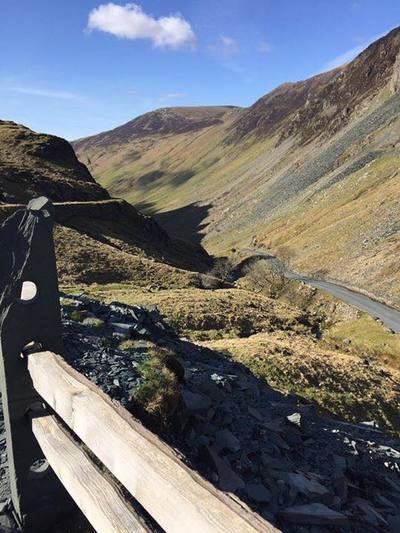 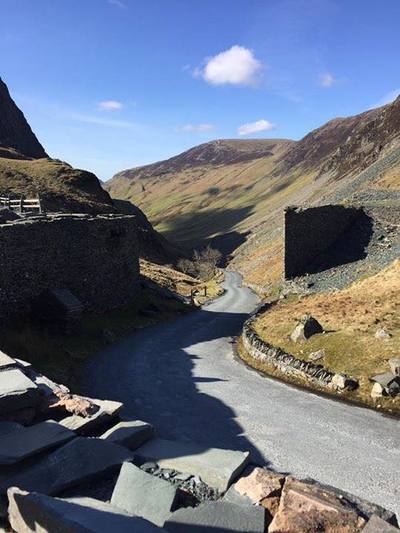 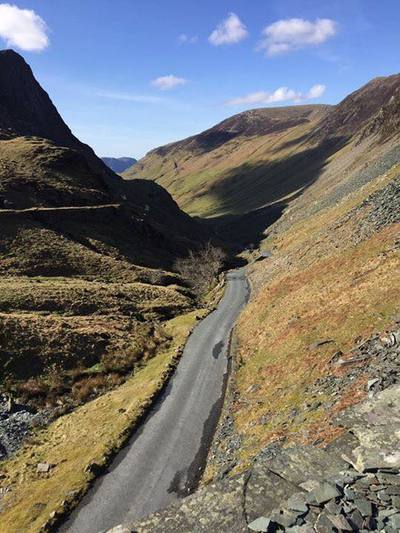 We set off bang on 35 minutes late on Sunday 2nd April for a tour of the Lake District. Crayons had come up with a better route than me (Gilly) so I muttered under my breath and said we should use that one. 😊

As we were behind time, we set off down the A76 to catch up with the day. It was a pleasant run down to Dumfries and then we looped round the motorway (Lindsay said she didn’t mind a wee blast on it, but as we are all law-abiding, we decided not to) to Carlisle for fuel and food.

Disaster!​ Asda cafe had a power failure and had no bacon rolls!!!! Grumbling we purchased other food and I tried to get my new TomTom to work. Much to the amusement of Crayons (Maurice). Work it did though and I led us through the metropolis that is Carlisle to the A6 and then through Penrith to the Lakes.

We rode through some amazing scenery, I would like to spend more time (maybe a weekend camping/bunking) here to explore at a more leisurely pace. Ulswater was flat calm but we didn’t stop as lunch at the Filling Station beckoned. Little did I know it was a biker stop and we were met with lots of fellow riders taking advantage of the good weather. Some good food was consumed and then we set off for the Honister Pass. A very easy ride to the top - Lindsay didn’t have to get off and push her wee 125 - and we were rewarded by a glorious view from the top. If you like slate.

Back down and then some cracking wee roads back to Carlisle and more fuel. It was off to Moffat for dinner where we found a chippy with seats and some lovely food. So much I could not finish mine.

By this time it was dark and getting cold. We rode up to Abingdon and said goodbye to Mo, Leo and Mark so it was the 4 of us, Lindsay, Rachel, Mitch and myself that rode back along the A70.

13 hours on the bike and it was a great day!