MITCH AND HIS BITCHES

The plan was to end up in Raasay…… no seriously that was the whole plan. I thought to myself, "It’s too short notice for anyone, but I’ll put it out there anyway."
2 hours later we were 3 strong and I realized the non-existent existing plan wasn’t going to cut it.

Meeting points and times sort of agreed, an actual route was suggested and... Kind of agreed (well no one questioned it). We were ready to go.
Lindsay and I set off from Kilwinning fire station. We immediately headed for Costa in Dumbarton for coffee and cake. The rain stopped as we arrived and we had to wait over an hour for it to start again, before heading off to church! After church we headed of in a roundabout way to Beinglass campsite, where we caught up with Rachel, who had been to work and left 5 hours after us. It’s probably best if we skip the actual arrival (Linsey was there…sort of on a bike...).
After pitching the tent (12 seconds after pitching the tent) Naomi arrives not at the campsite, at the Drovers and demands our presence. After some persuasion she agrees to ride the 200 metres to camp and walk back to the pub on foot. Yes, I know that’s 4 people and not 3, I believe I mentioned 'Check Points' somewhere along the line, which led to the start of an epic journey for one member.

On arriving at The Drovers Inn for dinner (without booking a table), a table was subsequently removed from another party. Not sure how she does it but the girl has a talent. I’m pretty sure we ate, but it may have just been cider… no… we definitely ate! After several ciders and some dancing, I think! It’s getting a bit blurry now, we decided best to get back home before the campsite locked us out (there’s a strict curfew at Beinglass). Fortunately there is another pub on site however, prior to departure we decided to try our luck with the local talent. Unfortunately I only seem to have pictures of Rachel with a particularly hairy pub-gower, no doubt my efforts will surface at some point. I was much drunker than everyone else, honest!

On arrival back at camp, we are now technically on a pub crawl, along the banks of Loch Lomond. We proceed to drink more cider, stand in the middle of the dance floor and sing 'Happy Birthday', I’m sure it was for one of us!

Its closing time, well, they made us leave!

We retired to the tent where amazingly we recalled that we had brought alcohol with us, which made us particularly unpopular with the neighbouring tents... After breaking a few things and spilling the Baileys it was decided we should probably go to sleep.

At some point. We emerged from (surprisingly) an undamaged tent and decided someone else should make breakfast for us. Quite a long time later we were on route to The Green Welly (for lunch).

Due to the late start we decided not to take the scenic route and headed straight for Fort William. The road was fairly empty which made for a nice ride, although I was later informed that that road sucks, as “it’s all flat and brown”. Coffee and cake where served at Fort William prior to heading off for Skye.
The Skye leg of the journey was fairly uneventful, barring the occasional nutter on a bike (not us), a few stops for pictures and fuel, then stuck behind a police car for the last 10 miles.

On arrival at the Skye campsite the tent was pitched and then Naomi arrived. I was sure she was with us all the way but apparently not!
After drinking some wine, glad rags on, we headed off for dinner, we accidentally skipped the table queue and ordered wine and cider. Saturday night was a little more refined: we ate, we drank a little (OK, a lot), we danced, we went outside and played in the mud (we actually did!), and we lay down in the car park trying to see meteorites falling from the sky.
​
I think we went to bed after that! 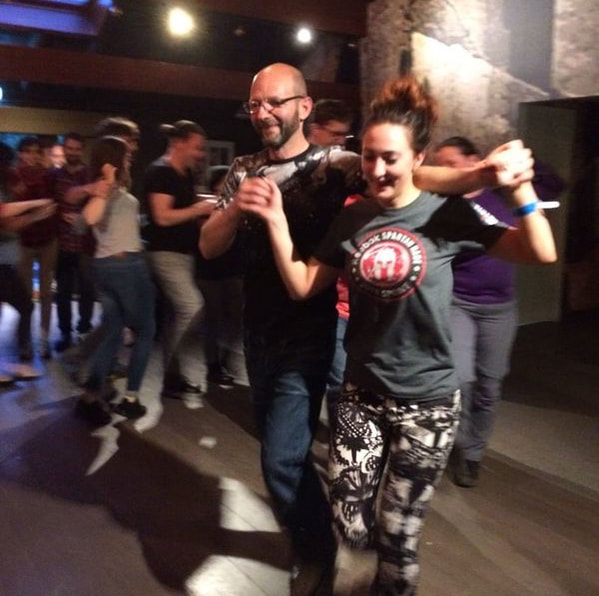 We awoke on day 3, packed up the tent an hour earlier than we had to (we didn’t want to miss the boat) and headed for Sconser.  As we had arrived so early there was time to make coffee before the ferry arrived.

After the brief ferry trip we headed for the road we had come to ride, pot holes, gravel, sheer drops, and sheep. None of this was a problem as someone had prepared us for it a few weeks back by taking us along a much worse 30 mile road of death, twice!

On checking the ferry timetable, we hung about taking pictures and then headed back only to discover I can’t read and we had missed the ferry, next one in four and a half hours.

"Let’s have lunch here then", so we headed back up to Raasay House and ordered food from the overpriced menu. Lunch comes out and we all tuck in. After consuming some of a raw burger and some questionable chicken some of us are a little under the weather with a whole day of riding in front of us. After raiding the hotel bathroom of just in case supplies, we headed for the ferry.

A brief stop at Kyle of Lochalsh for fuel and then onto Fort William for more. A wee jaunt down the boring brown road and back into the Green Welly Stop for food.  A splash of fuel for Vera and off down to Loch Lomond where the road was closed and we had to divert through Helensburgh. We briefly lose Lindsay (it was dark and after 10pm by this time) in the diversion, although she eventually caught up and we pushed on. We said our goodbyes at The Green Welly Stop so I waved goodnight and peeled off at the Airport.

I was first home, I checked in and waited for everyone else to do so. Rachel checked in, Lindsay checked in, after a while and no message from Naomi, I messaged her... nothing.... wait a bit longer....... called Naomi and no answer............ 5 minutes later Naomi checks in with “That’s my hair washed”. 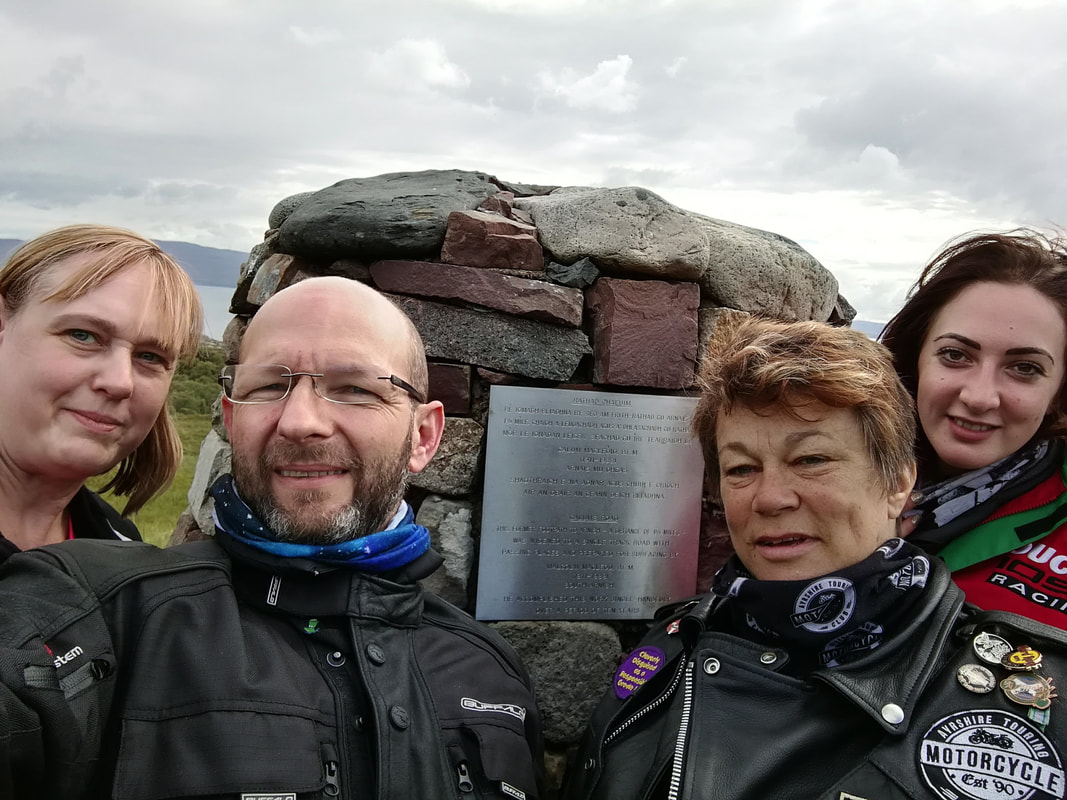 Back to previous events