​Well what a week. I look forward to it every year; travelling over to Northern Ireland with members from ATMCC to watch some notorious road racing, meet famous riders and have a few ciders!

This year I decided to do it differently. I volunteered as part of the Media Team so I could get up close and personal with the riders, network with industry leading professionals and learn about the structure and set up of road racing events. And that’s just the beginning of what I got up to…

Having previously lived in Northern Ireland, I travelled over a few days early to spend with friends. The weather was incredible, the banter was borderline dangerous and ‘holiday mode’ started to settle in just nicely.
Day 1 - After a sunny, smooth run up to Port Stewart on the GS I arrived early to meet the Chief Marshall, Cathal who was co-ordinating the volunteers. A few of us gathered for a briefing before taking part in a sighting lap with the Race Director, Mervyn White. Later on the host of my accommodation kindly showed me around the towns of Port Stewart and Port Rush, pit stopping for some Guinness along the way!

Day 2 - Practice Day 1- All the Newcomers taking part in the NW200 were revving and raring to go. What a sight to see these brave men preparing for a career making performance. I was based in the Media Centre looking after the local, national and international press, marketing agencies, NW200 web designers, MCN journalists, social media managers, videographers and photographers. Each riders lap time was measured, approved and distributed to all race teams by yours truly, using my access all areas id card. Where is Guy Martins paddock stand…??

Tuesday evening was spent catching up with ATMCC members and Ayr Classic Motorcycle Club Members at the infamous Anchor Bar. One thing lead to another and at 3am I decided to leave the VIP area and stop trying to chat up Lee Johnston.

Day 3 - After a long lie - nothing to do with Magners Irish Cider - I joined some other volunteers for a long walk along the 5 mile coast line. A stunt show performance was enticing, although so was a date with one of the race team owners…

Day 4 - Practice Day 2 - Another gloriously sunny day in the Media Centre saw the arrival of even more press, journalists and photographers. I was swiftly running out of business cards. At this point we figured out our time sheets were ready around 8-10 minutes after each race so we spent most of the day in the grid, the hospitality marquee, around the paddock and watching the racing from the grandstands.

That evening date number two took place with dinner and some live rock and roll at the York Hotel from an AC/DC tribute band. Tonight’s irish cider sure sent me on the Highway to Hell.
​Day 5 - Alongside ATMCC club members and friends, we donned our waterproofs and headed out on a run to some local sightseeing points. An obvious choice for myself was Ducati Millsport in Ballymoney which had a gorgeous Scrambler Land of Joy area. We popped over to Joey’s Bar, passing the Joey Dunlop monument, before tackling the twisty’s on the way to Limavady, Magilligan Point and stopping at Castlerock for ice cream.
​
We got back just in time to see the Classic Motorcycle Show and Ride-out after which we pulled out our Meet the Riders tickets and found an almost front row seat in the Vauxhall Hospitality Marquee. Bruce Anstey was lost for words, Alistair Seeley stole the show and Ian Hutchison was potential for date number three.

Day 6 - Raceday was initially a wash out with riders refusing to race on the wet roads and limited visibility. We all said our Irish prayers, so the leprechauns must of scared away the thunder storms and replaced them with glorious sunshine. Race after race, the weather got warmer and warmer, the atmosphere better and better - and then the shock announcement that John McGuinness was injured floored everybody.

Thankfully he was repairable - the show must go on. Glenn Irwinn on the BeWiser Ducati super bike took podium position for the North West 200 Race and the crowd, including little Miss Ducati Glasgow here, celebrated with him. Straight to hospitality for the rest of the night and yes you guessed it - more cider. 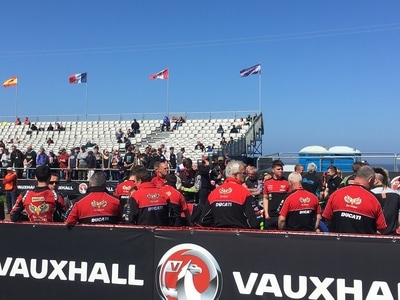 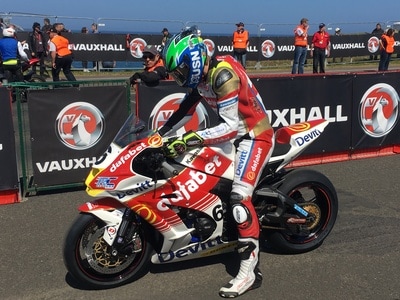 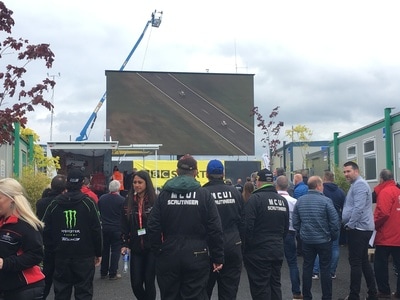 Day 7 - It’s a lot easier to pack panniers with 10 days of luggage, hair dryer and straightners included with the help of a sumo wrestler. Thankfully they stayed on for my journey to Belfast Harbour where I was surrounded by around 500 other bikers. There was no better way than to end this amazing week than with an ice cream in Girvan, watching all the bikes come off the ferries.

Even if you are not into road racing - the atmosphere, the people you meet, the roads waiting to be explored in Northern Ireland - are all absolutely worth the trip and I would recommend it to anyone.