Sunday saw the sun come out after the horrendous constant rain of Saturday and out came too were Brian, Peter, Eddie and Scott who met up at McDonalds near the Bellfield roundabout. After waiting until 10.15 to see if more Halloween survivors would follow it was decided to head to Dumfries with Scott leading the pack.

In almost unbroken sunshine the roads had dried to a perfect condition although the temperature with combined wind chill from the bikes meant it was more than a bit chilly. It was certainly the last ride of the season in summer gloves or minus the textile liners.

The ride south at a leisurely pace allowed the four to take in the autumn scenery at its best and a change from perhaps the more usual northery or coastal views.

On entering Thornhill the four just passed by the Drumlanrig Cafe roundabout when Scott pulled over. Eddie pulled over and asked if Scott was thinking of going into the Cafe and was happy to hear "yes" as the answer. All four did a quick U turn and parked up at the Cafe in various degrees of cold.

At this point the subject of cold (freezing) hands cropped up and Scott mentioned Ride magazines subscription offer comes with free Oxford heated grips. Seemed a more than reasonable offer and the cold hands being more than an incentive.

Now comes the story of the day about eating. A few know that Scott's eating habits are historical from his police service and that means until very recently eating once every 24 hours or so, although has been known to exceed 36 hours between eating. A habit that's been almost impossible to break, but has resulted in numerous lectures from his cardiac doctors.

The day had stated as usual with no breakfast so in an effort to address this Scott decided to be "normal" at the Drumlanrig. Brian ordered their breakfast and Eddie and Peter a bacon roll. As Scott hadn't any breakfast before leaving he asked the waitress for two bacon rolls and tea. At that point the waitress pointed to Peter and asked Scott if the second roll was for Peter.

This immediately resulted in roars of laughter from the other three with Scott left stunned into almost silence only to reply that bikers are thick skinned. The effort to be "normal" backfiring in spectacular fashion. So it might not be a surprise if Scott reverts back to his usual self on future runs.

Being suitably warmed all four headed out of Thornhill lead again by Two Roll Scott and reached Dumfries to find the town in total sunshine and quite warm considering the wind chill of the ride there.

After a short while discussing various topics it was time to head back to Ayrshire this time lead by Brian with Scott becoming the rear guard. Again a nice paced ride along an excellent A76 taking in great views that encountered only one fool in an Audi who thought it smart to over take all four bikes plus a car on a blind sumit and fortunately nothing heading in the opposite direction, but perhaps there's always one to encounter on every run.

All four arrived back where the day had begun at McDonalds and split off for home. Another highly successful ATMCC ride full of great roads and sharing laughs and jokes (perhaps some not intended at the Drumlanrig) but as always taken in good faith. 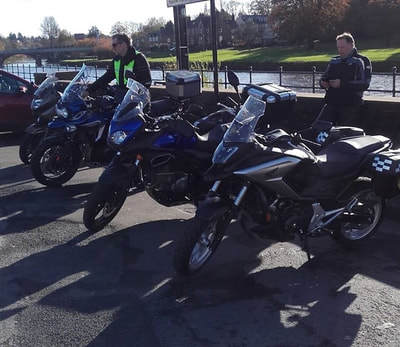 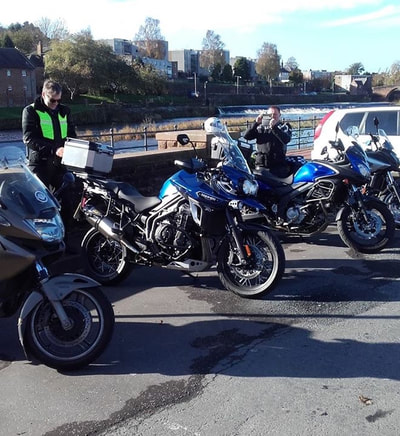 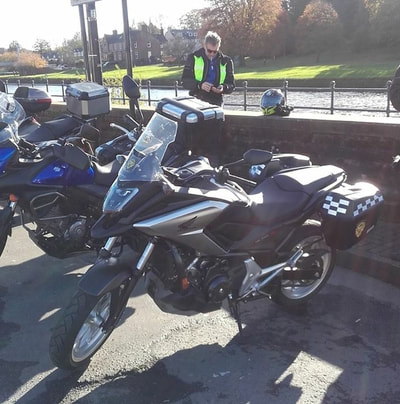 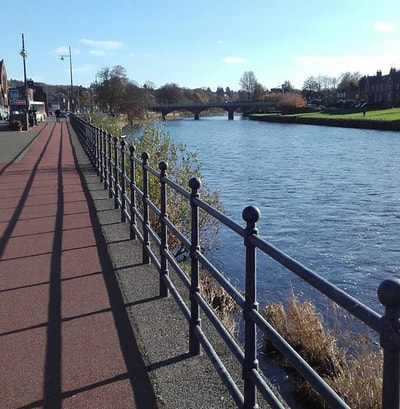 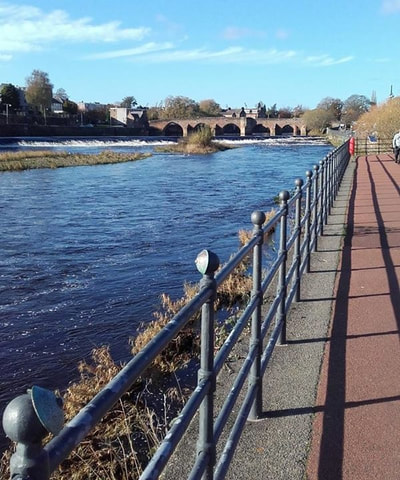